A Conversation with Jocelyn Bioh

Starring in Men on Boats 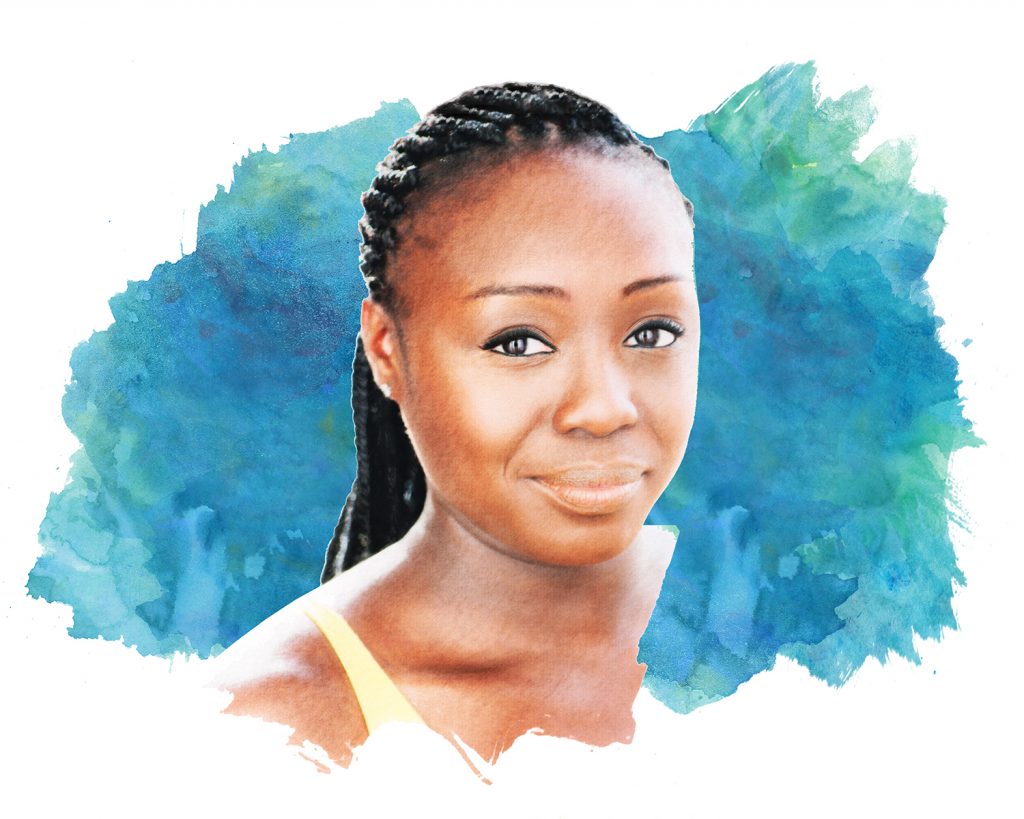 Jocelyn Bioh plays William Hawkins in Men on Boats by Jaclyn Backhaus, directed by Will Davis at Playwrights Horizons. The fascinating show closes August 21st 2016. After attending a sold-out matinee performance, I spoke with Jocelyn Bioh about gender, race, and performance, and about her future projects as a playwright and actor. Here’s what she had to say.

Darrel Alejandro Holnes: After a solid run on Broadway, you left Curious Incident of the Dog in the Night-Time and have now joined the cast of Men on Boats at Playwrights Horizons. What has the experience been like joining a new cast-family in an Off-Broadway house?

Jocelyn Bioh: Joining Men on Boats has actually been quite a wild ride. It’s been ten months since I left Curious Incident, which was an extremely physical show. It took a few months of physical therapy to completely heal and feel back to normal again. So when I said yes to Men on Boats, it was like déjà vu! You wouldn’t know it from reading the script, but this show is extremely physical and calls for an actor to flex a lot of muscles at once, and even crazier, because it was a remount of the Clubbed Thumb production, I only had ten days, including tech, to learn the entire show. My castmates and my director were so great and so patient with me and helped me through the whole process. Truly one of the craziest rehearsal processes of my life.

DAH: How would you describe the character you play in context of the play? In context of history?

JB: Men on Boats is based on John Wesley Powell‘s journals of the 1869 expedition he went on with nine other men to chart the Green and Colorado rivers. In our production, all ten of the men are played by women and I play William Hawkins, who served as one of Powell’s right-hand men and also the cook for the expedition. Because of our fast rehearsal process, I didn’t do much research on Hawkins while we were rehearsing. From what Jaclyn [Backhaus, the playwright] wrote on the page, it seemed to me that Hawkins was dependable, a straight talker, shoot-from-the-hip kind of guy, so I built on that foundation. Because we only know so much about him based on Powell’s journals, it’s hard to know how much influence he had in our history – suffice it to say, Powell really depended on and trusted him, so I just want to do right by him in my portrayal and make him proud.

DAH: What were some of the steps you took to prepare for the role? How did you prepare on your own? And what was it like for you to work with the play’s director Will Davis?

JB: Working with Will was great! He is the perfect person to take on a play like this. We are both similar in that we have a dance background and understand the importance of telling stories with our bodies. The choreography of the show came pretty naturally to me in that way, but I did need a lot of help in crafting my interpretation of Hawkins. I decided one night that I would think of characters that I knew who were cooks to see if I could pull inspiration from them. The first one that came to mind was Lou Myers character named “Mr. Gaines” on the sitcom A Different World. I always thought he was so funny, yet stern and discerning and I thought I could infuse a lot of that into Hawkins and it would fit into this kooky world and language we were creating in this play. Will never gave me a note about it, so I think it works!

DAH: Would the men from your family or friend group recognize themselves in your portrayal of Hawkins?

JB: A lot of the men in my life, between my father, brother and all of my male friends are very funny and crack jokes a lot. If there is anything they recognize in my character, it would be that I think! [Laughs]

DAH: What was it like to play a man? Did it change how you view and interact with men? Or how and what you understand of male privilege?

JB: Playing a man has actually been really fun and, weirdly, easy. Will let us be free with our interpretations of masculinity. Some of my castmates are using a deeper register with their voices and some of us are speaking with our regular timbre. Some castmates are wearing a glamoured up face of makeup and others are rocking a more muted look. It’s been interesting because the more we do the show, the more I understand the simplicity of men – their wants, desires, and emotions. They want what they want when they want it. That is certainly indicative of male privilege. In 1869, the President was certainly not entrusting ten women to set off on an expedition through the Grand Canyon. Women are always questioned about their skills and their level of expertise on anything. Considering the time we are in now politically, I would say that idea still rings, sadly, true.

DAH: Was James Brown right? Is it really a man’s world? How can theater make it a world for everybody? How is this play and your performance in it part of that movement towards more diversity, inclusion, and equal representation in contemporary American theater?

JB: James Brown is always right in my book! I love his music, but it’s true – theater is definitely still a playground for men. The fact that The Kilroys List was created (an annual list of industry recommended plays written by female and trans playwrights) just shows how we need to force theaters and producers to take our work seriously. Men on Boats made the list in 2015, and as a playwright, I have been on both the 2015 and 2016 lists. I think what this play is doing, with a diverse cast of ten women playing men, is showing that diversity and inclusion can come in all sorts of forms. The theater community is thirsty for work that’s new, different, and innovative. This is what has always made the theater an exciting place to go to and it will continue to be exciting with the inclusion of stories not written by the same kind of people with the same kind of perspective.

DAH: The play is about much more than gender. As a black actress, or however you identify, telling a history written by white men, how do you think race is challenged in your re-telling of this historical white male narrative?

JB: Well, thanks to Hamilton, you don’t have to be a white man to tell the stories of other dead white men. [Laughs] As a black actress, I always approach my work with being true to the character and serving the story. With this play, I just assumed that the creatives knew that casting me in this role meant that I was going to bring a lot of myself to the table. Jaclyn also wrote a lot of contemporary language so this really freed me up to not shy away from the fact that audiences are experiencing Hawkins via the vessel of a black woman. This play would be far less interesting if it were cast to type. I think the non-traditional casting of this play only further emphasizes the narratives American history has created and how little women and people of color are included in them – regardless of how much we were a vital part of the construction of this country, of this world.

DAH: You are one of several women of color in the cast playing white men. How do you transcend differences between constructed dichotomous identities (black vs. white; male vs. female) to find your entry point to a character that on the surface seems so different from you?

JB: My entry point was simple – Hawkins was human, just like me. He had goals, dreams, and aspirations. He decided to take a risk and go on a crazy journey that changed the course of his life. As an artist, I live in constant cloud of goals, dreams, and certainly risks. Seeing the humanity of Hawkins transcended any barrier I could have created for myself in terms of race and gender.

DAH: Around NYC, your plays have a reputation of being quite humorous and in Men on Boats your character, Hawkins, provides a lot of comic relief. Do you have any tips for actors interested in working on their comedic timing? Or for playwrights interested in developing their comedic voices?

JB: Thank you for saying that. I have always loved comedy. I read a quote a long time ago that said, “Comedy is just a funny way of being serious,” and that has been my mantra and thesis statement really for my work as both an actress and a writer. I would encourage actors that love comedy and want to work on the craft to study the greats. Lucille Ball, Eddie Murphy, Whoopi Goldberg, Bill Cosby, and Sinbad were my heroes growing up. I did not realize it at the time, but I would watch them and marvel at how great they were at impressions, comedic timing and soon began to mimic them and eventually formed my own comedic language. Because all of them wrote their own material, they also influenced how I tell stories as well. I write a lot of character-driven plays and I’m sure that is a direct result of my influences. Truly, if there is any advice I always give it is to study the greats – they knew what they were doing and just like any other subject, if you study it hard enough eventually the formulas are easy to solve.

DAH: What is next for you? How can we continue to support you and your great work?

JB: As a playwright, in the beginning of September, my play School Girls; Or The African Mean Girls Play will be featured in the MCC PlayLab Series at the Lucille Lortel Theater. It’s inspired by true events but tells the fictional story of Paulina, the queen bee of her mean girls crew who has her sights set on winning the Miss Ghana pageant, until the arrival of a new girl at school throws her off course. It’s a fun play and I’m looking forward to working on it and presenting a reading of it.

As an actor, my next scheduled play is in January of 2017 where I will be starring in Branden Jacob-Jenkins new play Everybody at The Signature Theater. I’m really excited about both projects and hope for more things to come in the future!

Jocelyn Bioh is a writer/performer from New York City. She was last seen in the Tony Award-winning play The Curious Incident of the Dog in the Night-Time. Other credits include An Octoroon (Soho Rep.), Bootycandy (Wilma Theater), SEED (Classical Theater of Harlem), and Neighbors (The Public). Her plays include Nollywood Dreams (Kilroys List 2015), School Girls, and the musical The Ladykiller’s Love Story (with music/lyrics by CeeLo Green). 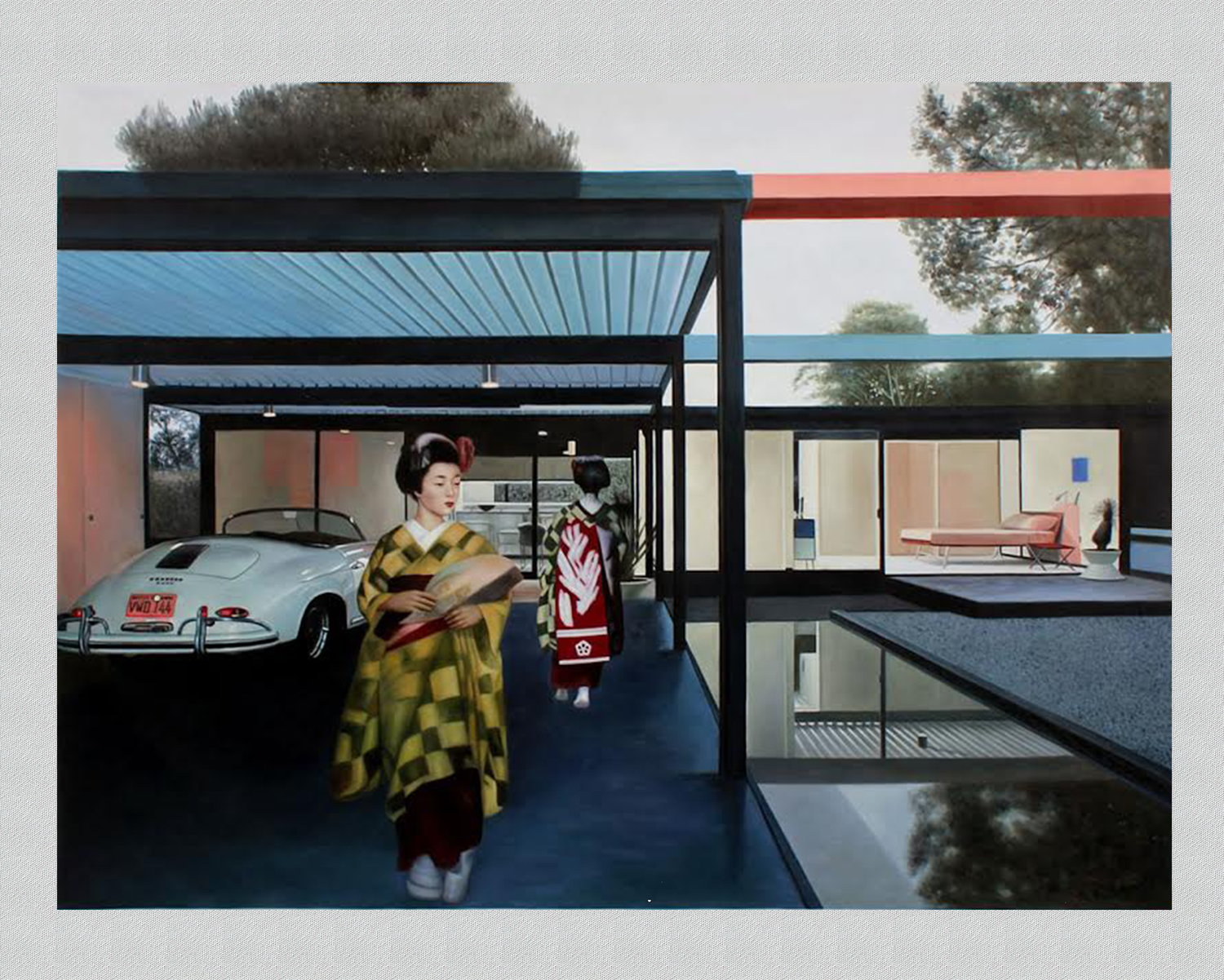 Previous A Conversation with Carla Ching