An Essay by Sarah Durn 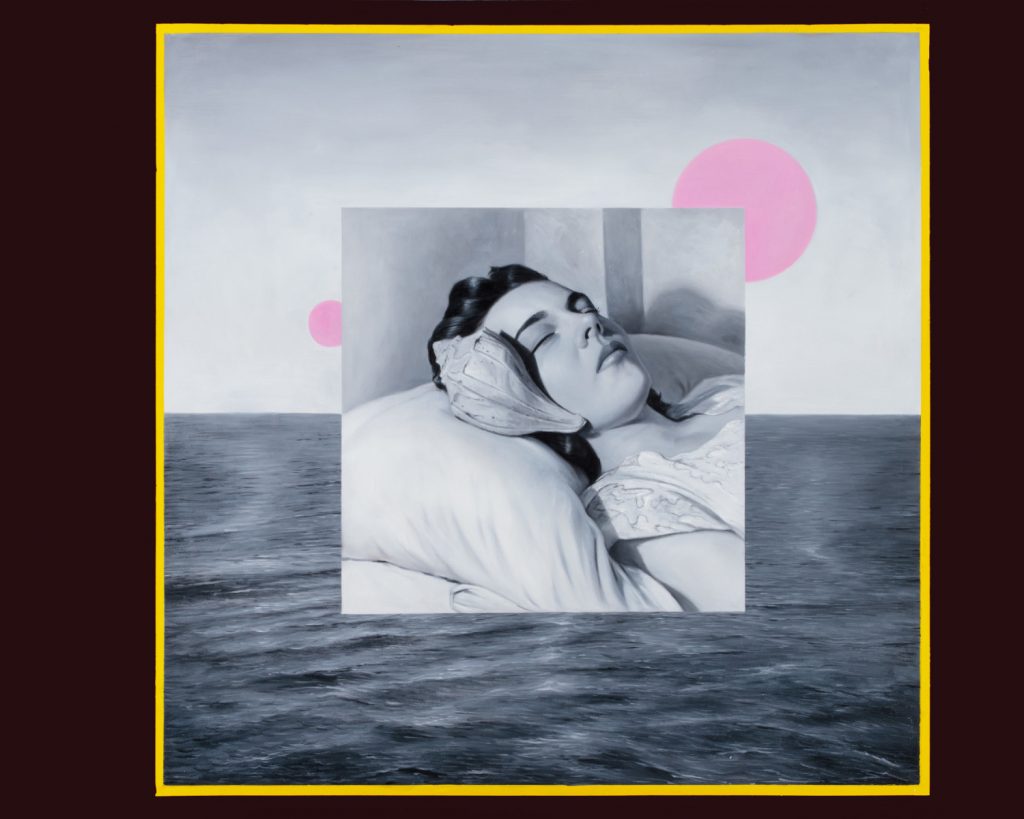 American Theatre Magazine recently announced that Lucas Hnath’s A Doll’s House Part 2 is the most produced play this year. It will be staged at 27 theaters nationwide during the 2018-19 season. I am an actor who is performing in one of those productions as Emmy, the daughter Nora left behind.

Nora returns in Hnath’s sequel because of a judge’s threats to expose her as a married woman. But, as we began previews, we were discussing a very different judge in the dressing rooms— Judge Brett Kavanaugh. And, suddenly our play was made viscerally relevant. There was something uncanny in listening to Dr. Christine Blasey Ford’s and Judge Kavanaugh’s hearings, to watch this very different kind of performance unfold, one with real, political stakes.

A Doll’s House Part 2 and the Ford/Kavanaugh hearings share a structure. During the hearings, Dr. Ford made an argument, and Kavanaugh countered. In Dolls, Nora makes an argument— that marriage will become obsolete, that we’d be happier without it— and the other characters counter. Hnath explained in an interview with the Chautauqua Institute’s Andrew Borba that this is how he builds all of his plays—an argument followed by a series of counter-arguments.

But, what happens in A Doll’s House Part 2 and not in Dr. Ford and Judge Kavanaugh’s hearings is the space to see the people beneath the arguments, to create the space for empathy. Politics and political news coverage is often so reductive, that there’s no space to see the people beneath the extracted quote and no time for empathy. Following the hearings, it was a terrifying thing to see how the right and left could translate the same words so differently. The New York Times called Kavanaugh’s testimony “aggressive, tearful, and partisan.” Trump praised Kavanaugh calling his same words “powerful, honest, and riveting.” Just like that five hours of testimony is reduced to a Tweet, a person reduced to a few adjectives.

My favorite line in A Doll’s House Part 2 comes near the end when Torvald says, “I don’t know. It’s just so hard… all of this. Being with people.” After so much of the play is people making arguments and taking sides, this one hesitant line from Torvald beautifully reduces what all plays, all politics, all life is really about— figuring out how to be with people.

To be an actor is to practice listening. There are always moments up on stage where my mind wanders, where I’m pulled out of the scene because I’m thinking about so-and-so in the audience or how I just messed up that line or how I really need to do laundry. My work as an actor is to bring myself back to the moment, to the present, to listen to my scene partner. Even when I’m speaking, I’m listening to my scene partner’s facial and body expressions. It’s in the moments when I stop listening that my mind gets away from me. But, in the moments when I’m listening completely, I can feel myself tune to that other person, like two violins finding a root note. To be an actor is ultimately to practice how to do this, how to listen. To be an actor is to practice how to be with people.

In her testimony, Ford said that her speaking was an act of civic duty, to inform senators about the character of a man they were considering for the highest court in the land. The same civic duty motivates Nora. Nora is striving to create a better world, a world with no more “bad rules,” a world where her words as a woman matter. She is asking to be heard.

Today is election day, and we find a record number of women running for office. #MeToo has rocked Hollywood, tech, journalism, and politics. Just over a week ago, words taken from Dr. Ford’s testimony were found spray-painted across the entrance of Yale’s Law School. Dr. Ford, Nora, #MeToo, the 256 women running for office— all seem to be asking for one thing, to be heard.

I worry though that we haven’t taught people how to listen. In our increasingly divisive news cycles, we’re being taught to ridicule the other side. Politicians are being asked to become agenda spokespeople, rather than just people. We demand that our politicians never fail, never stray from their ideals. There’s no room for empathy, for understanding because we never allow a politician to tell their true story, to show their humanity. Instead, we allow them to put on a mask of perfection.

But, there can’t be any room for growth when we’re so tied to our ideas. Nora, in time, comes to listen, really listen to the other characters as they challenge her opinions one by one. And, it’s only after she listens to all of their counter-arguments that she’s able to strengthen her own ideas and her resolve to continue fighting for what she believes is right.

Just as acting has taught me and continues to teach me how to listen, so too does being in the audience. As audience members, we sit there in a darkened room, suspending our lives for those a hundred or so minutes, and we listen. We tune ourselves to these other lives. And, if the story works, we come to recognize that this character is just like us, just another person striving to be and do better.

We all are learning, that simple act of, how to be with people. And, we cannot learn how to do that without listening. Whether we’re a United States senator or a character from an Ibsen play, we must create the space to listen to one another, because it’s the only way we can grow together. It’s the only path to empathy.

Sarah Durn is an actor, writer, and maker based in New Orleans, LA. 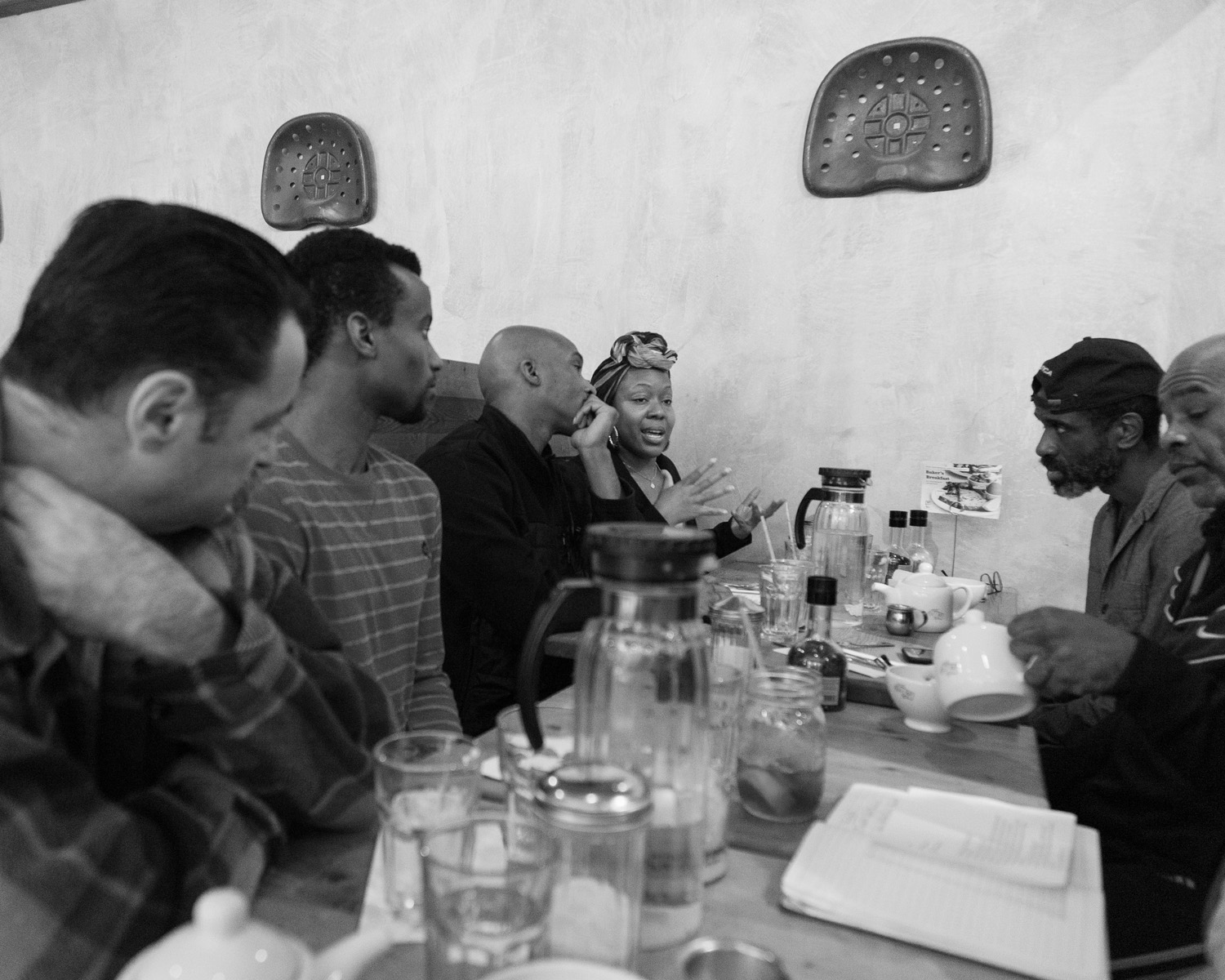