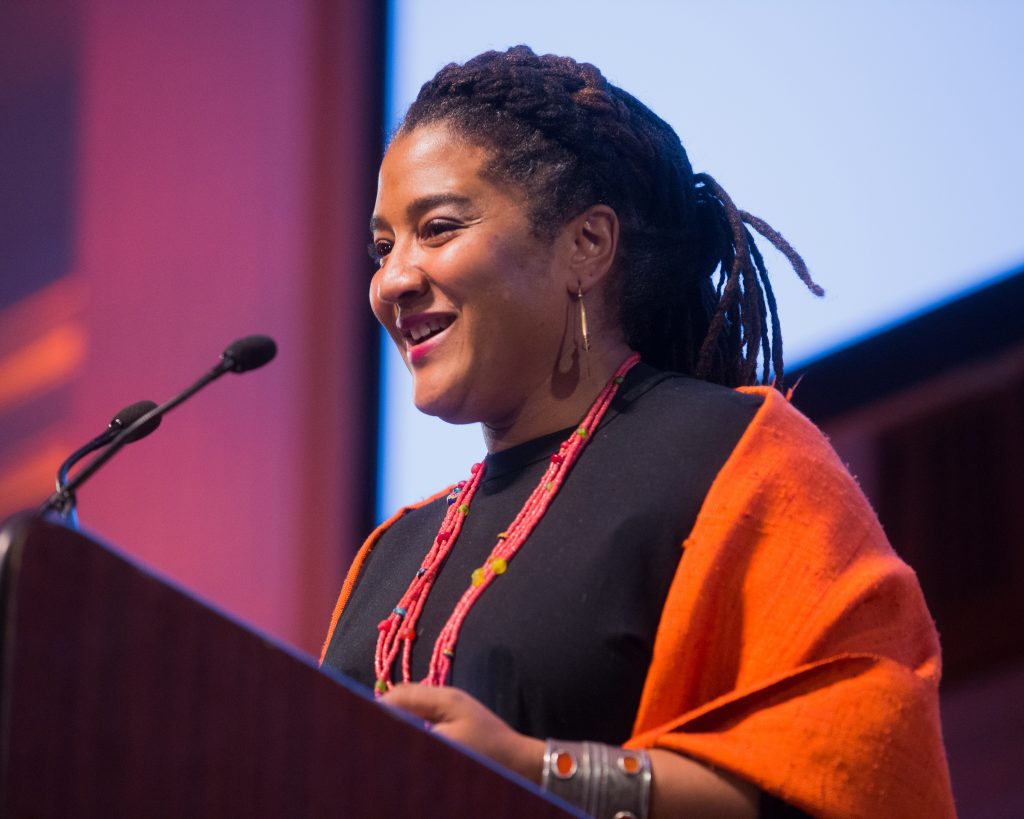 Written by Darrel Alejandro Holnes
May 1, 2017

I saw Sweat at the Public Theater the day after the presidential election, and I have never had a more politically timely experience of theater in my many years in New York theater. Months later, I took my NYU students to see the show on Broadway and then had the fortune of introducing them to Lynn Nottage at a preview of Venus at Signature theatre; she was her usual kind and generous self, a little shy and a little quiet too. It’s a wonder how playwrights with such important voices on stage are at times the quietest in person. Then again, when you’re in dialogue with the forces that shape the economic, social, and racial realities of this country’s working class, as she is in Sweat, perhaps you commit the best of your mind to that conversation. What I hope my students take away from Sweat is that we must enter the conversation and confront these forces. Some may call this “resistance” and in a society that may have been rather apathetic, perhaps any kind of civic engagement is a “revolution.” I’m not sure that I am one of those people, but I was impressed by how Sweat speaks to our times and am happy to share this Stage & Candor exclusive with our readers, Lynn Nottages’s remarks from her induction into the NYFA Hall of Fame Benefit Lifetime Achievement Award acceptance speech. Check it out below.

“Twenty two years ago, before my very first writing commission, before my very first production of a play in New York, before I had an inkling that I was going to forge a life in theater in New York, I received a NYFA grant. It was the first grant I ever received. And it was really the first substantial thing and the first time that anyone said that ‘you can be a writer.’ And it pumped up my ego just enough to contemplate a life in theater so I thank you for that. It was unexpected and it resuscitated all of my creative impulses. It was 1994, I’d just gotten married and spent a lot of money on that wedding, and recently left a full time job and was trying to figure out how to forge a life in an industry that really didn’t seem to want me at all. And I was temping at a pharmaceutical company…has anyone ever temped at a pharmaceutical company? [laughter from crowd] So you know how that was…where people literally treated me like fly paper. And the only consolation was that at night, I got to go into the supply closet and get reams of paper and supplies that I would horde and stack in my apartment. [more crowd laughter] But, I was writing plays and I was using that paper and commiserating with friends and feeling that I’d made this awful mistake that I’d left my full time job. And then, I got a letter in the mail–you guys remember when you used to get letters in the mail–and they arrive in those sort of off-white envelopes and usually those off-white envelopes meant that you’d won a prize or most often for us writers it was rejection letters. And, um, this time it was from NYFA, which formalized literally the beginning of my writing career in New York. Periodically artists and ideas come under siege, and I’m so grateful that there’s an organization that recognizes the totality of who we are as artists and doesn’t restrict our craft. And doesn’t sort of demand that we sort of conform to anything…they just give us grants and let us write what we want to write. I think that that’s a really beautiful thing, and a very rare thing. And as writers we so often face criticism, and we face rejection, and we face exclusion, and we face a multitude of these very visible barriers but more often very invisible barriers. And so we need those bursts of encouragement and support to get us through our days. And that letter I have to say is just that burst of encouragement that really gave me life at a moment when I needed life, and pushed me forward at a time when I really needed to be pushed forward. And I have to say that that’s true and it’s not hyperbole. And I thank you for also having the very easiest grant to write [cheers and applause from audience]. It’s such an artist-friendly application and we fill out those applications that make us jump through hoops and it’s such a blessing to have an application where you can write a paragraph, send in your resume, send in a sample of writing, and then god forbid you get a grant six months later. And so, a NYFA grant is wonderful because it asks the artists not to change their impulses and shift who they are, but merely to continue do what you do. But mostly I have to thank my husband, who in 1994 was the person who said ‘you should apply for this grant’ and is the person who continues to push me. So thank you.” 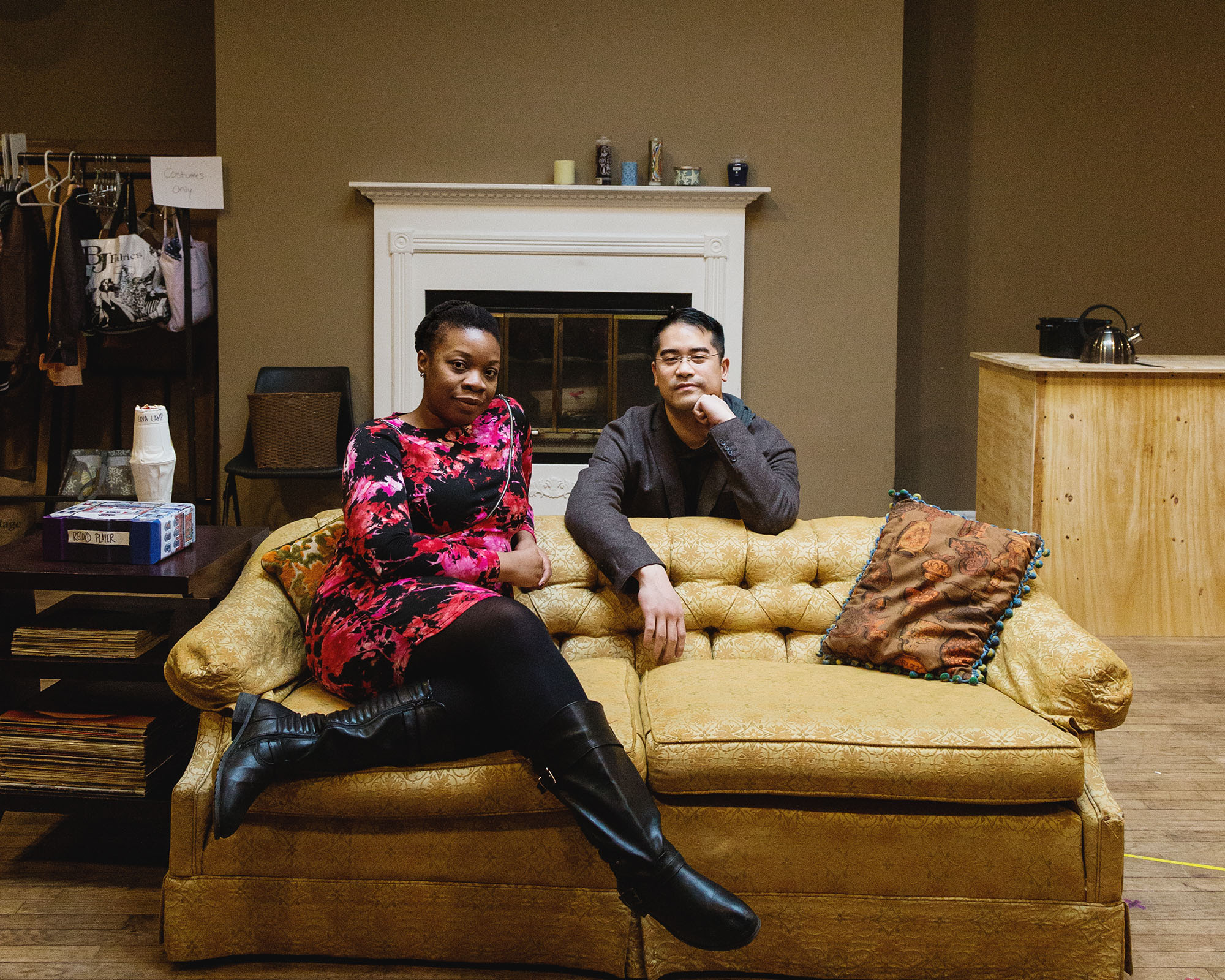 Previous A Conversation with Paloma Young 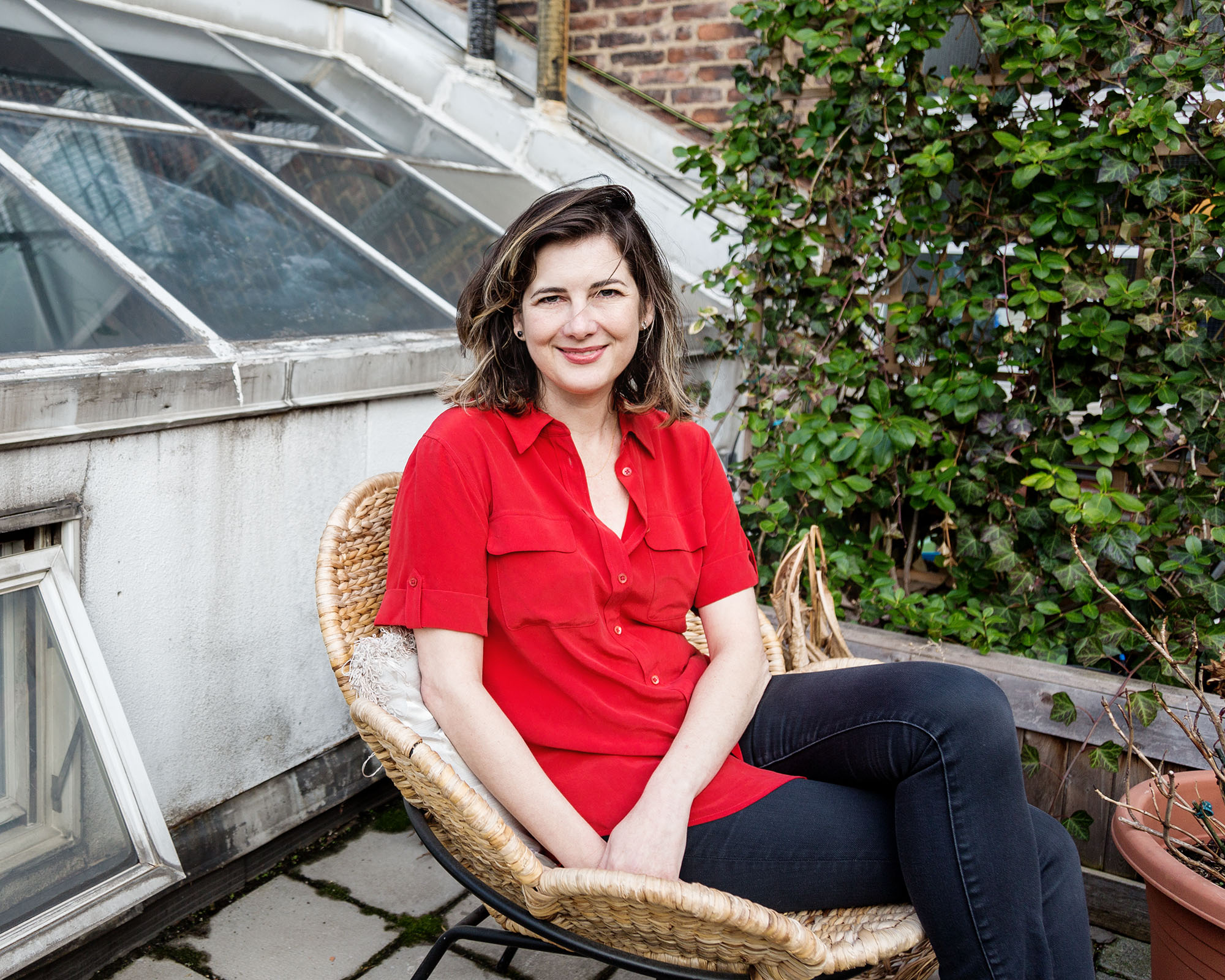