An Essay by Timothy Huang 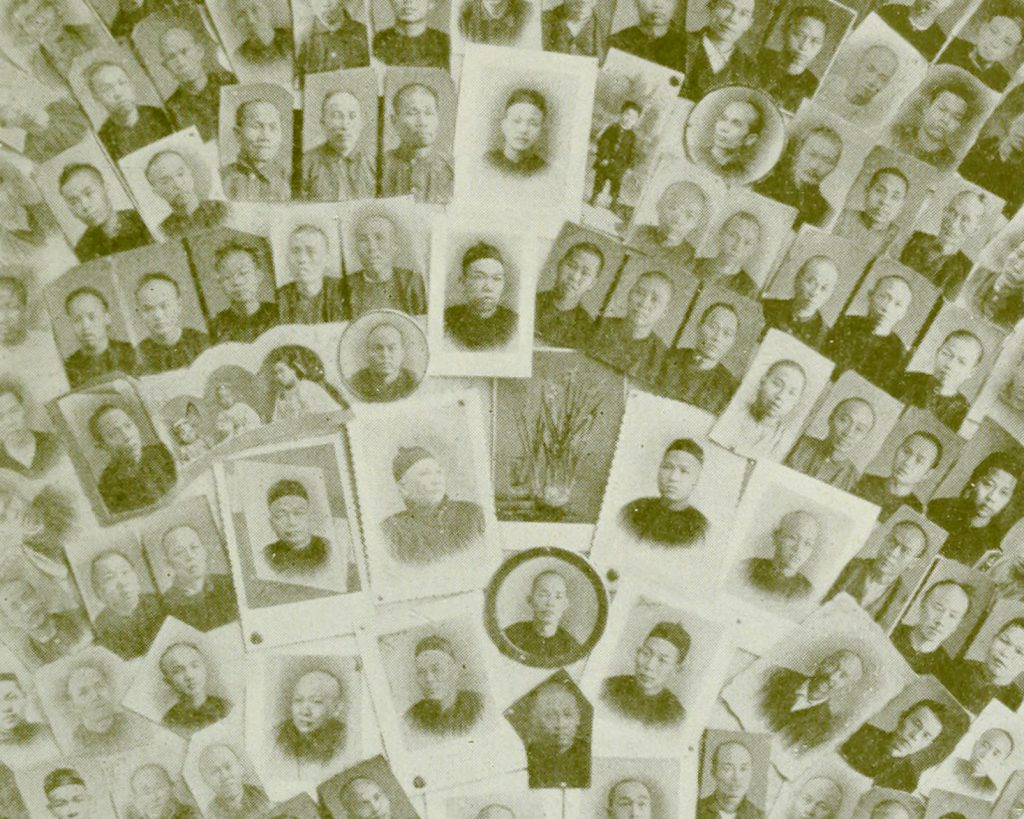 “Dear Mr. Huang,” the email usually reads. “I was recently at your show at [insert venue here] and really enjoyed your work. I was wondering if we could have a meeting. I’m a [lyricist/librettist] in need of a composer and I’m working on a show that I think is right up your alley…” My eyes roll. This email/facebook message/tweet always seems to find its way to me – no matter where I run, no matter what disguise I’m wearing, or what wooden barrel I’m hiding in. And it is always awkward.

With the exception of one single time (hey, Marlo), what happens next is always the same: I take the meeting, the person has little if any idea what is actually “up my alley,” and instead is actually just a Caucasian person who wants to write about China but feels the need for some kind of political cover. And it breaks my heart. For so many reasons, none of which are what you probably think.

I’ve written about this before, but in order to really appreciate the cognitive dissonance, let’s talk about a few givens:

1. We live in a time where plays and musicals that aren’t about race can and should be cast color-consciously – aware and reflective of the diversity of contemporary audiences. This is a step forward.
2. We also live in a time where the playing field is still uneven. Characters within produced shows still largely reflect a heteronormative, Caucasian, male perspective. (This isn’t a bad thing, per se; it points to a deeper institutional exclusivity that’s a different discussion altogether – see below about the tail-eating snake.)
3. Because of this, when shows are written specifically for characters of color (or for that matter, of any diversity), we should always make our best efforts to cast them “traditionally” diversely.

So why is it, you ask, that if we adhere to this type of awareness in the casting of the show we should be blind in the creating of it? Isn’t the telling of a story as much about the author as the subject? I for one have seen countless shows about Asians written by non-Asians that were at best ill-considered, at worst offensive. Why shouldn’t all shows about Chinese things be written by someone who was culturally Chinese?

The short answer is, “Because if I want to write about #BlackLivesMatter, I shouldn’t have to be Black to write about it.” Nobody has the corner market on telling stories about other people or cultures. Period. What we do have (and this is part of the longer answer, so pay attention), is a responsibility to represent those other people and cultures as if they were our own – with the highest of standards and greatest integrity, with twice as much research and twice as much oversight.

During the writing of my full length Peter and the Wall, (which involves an American man who must travel to Japan to locate and identify the body of his deceased husband) it wasn’t just researching Gay culture in Japan, or government procedure for transporting a dead American citizen, though it was that as well. It was enlisting the help of three different Japanese and Japanese-American translators to get confirmation of pronunciation, and then scansion (some words “sing” differently than they “speak.” And sometimes my very American ideas “did not exist in Japanese thought.”) Then, when we got into workshop, it was things like “‘a concierge would never be this impolite’ vs. ‘But I need her to be the bad guy in this scene so he can be the good guy. How do I achieve that?’” It was, in short, a monumental pain in the ass. And it cost me many beers and favors. But each time, it was me with an idea and context, and frequently a finished execution being asked to modify. It was never “You do it. Whatever you do is okay because your last name is Matsui.” And it certainly wasn’t “I’ll just hire a Japanese director.” (Though if you’re out there and interested, give me a call.)

And here’s where the heartbreak comes. More often than not the shows I’ve been asked to co-write were born from a desire to exoticize, or otherwise re-appropriate Chinese culture and not, say, add a meaningful or deeper understanding therein. At the ground floor, if there isn’t a dramatic need for you to set a show “in an exotic locale” you’re fetishizing. If writing as an outsider is research and oversight, then hiring an insider is circumventing the former with the latter. These were never my stories to tell, yet embedded within the offers to co-write them was a tacit expectation that not only would I do the homework, but I would in part be the homework.

Now, let’s not talk about how the color of my skin doesn’t qualify me to write for the Erhu or Pipa any more than it qualifies me to write you a doctor’s note. My ethnicity is not a permission slip. The writers I have encountered were either unaware of their own responsibility, or just lazy. No middle ground. Either way, the eyes roll, the heart breaks.

But the good news is this isn’t where the story ends; it’s where it begins. Firstly, these invitations always come from decent if misguided intentions and any time there’s curiosity, there’s also room for recognition. I have a list of questions I always ask writers in this situation about why this story, why you, why me. Even if I know I want to decline the invitation, I take the opportunity to share the questions. Curiosity begets recognition begets responsibility. Secondly, that same curiosity manifests in general audiences as a desire to see what my former grad school professor and good friend Robert Lee, calls the “Third Generation [Asian-American] Show” to enter the conversation. These are shows where the ethnicity or self-identity of a character, while deliberate, takes a back seat to larger thematic ideas within the narrative: A Chinese-American protagonist, for example, whose journey is not about struggling to understand her first generation parents, but instead, must come to terms with her best friend who is in love with her. In this story, she is allowed to be Chinese American because such things exist.

And such things do. Just off the top of my head I can count fifteen plays and musicals that follow the Third Generation Rule (twelve if I’m not including my own work). These types of shows have existed for years. And while they have been produced on smaller scales, off-radar, their emergence into the mainstream is helping to dismantle snake that eats its own tail mentality: no one will produce stories like this because they don’t resonate with audiences, because no one will produce stories like this…. lather, rinse, repeat. Imagine then, what a difficult and monochromatic world it would be if the advent of these kinds of stories were coupled with the expectation that they be written only by people who had first-hand knowledge of that experience. The skin may be different, but it’s still the same snake eating the same tail.

Like the lyric says: Art isn’t easy. But it isn’t meant to be, and we won’t always get it right. My list of questions changes frequently because nuance is hard. But as excruciating as these conversations can be, they are always necessary for quality work. They may not yield bars of music, or fancy lyrics, but they are the telltale signs of marginalized stories coming into the mainstream. And that is not a bad thing at all. Curiosity begets recognition, begets responsibility. 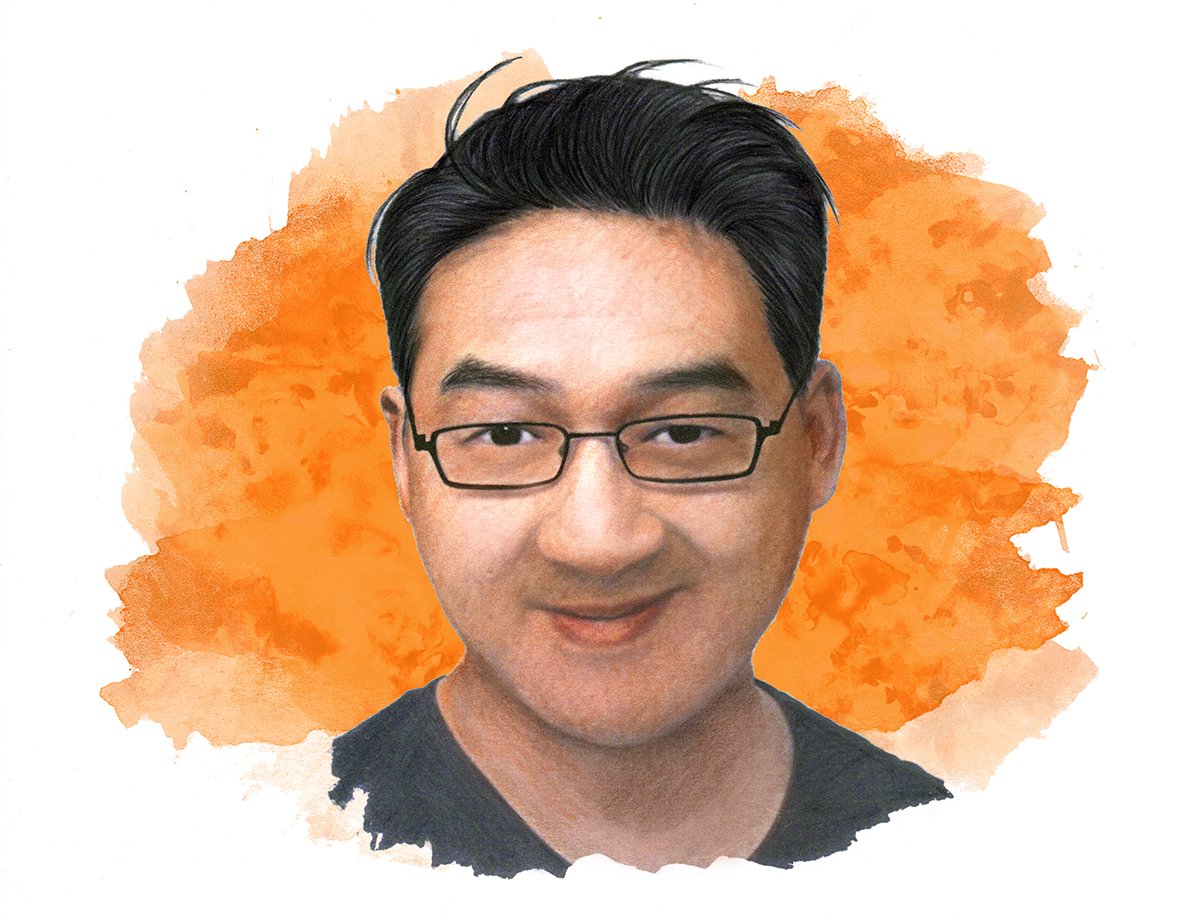 Timothy Huang is a New York based writer of new musical theater. His full length musical Costs of Living was the recipient of the 2015 New American Musical Award, and the 2015 Richard Rodgers Award. Other works include Peter and the Wall (2013 Rhinebeck Retreat), And the Earth Moved, (CAP21) Death and Lucky (MacDowell Fellowship), the song cycle LINES (NYMF), A Relative Relationship (Winner, Best Musical, 2013 SoundBites Festival) and Missing Karma (2016 Samuel French OOB Short Play Festival). He is the creator of the one person musical The View From Here (cast album available wherever digital music is sold) and was a 2012 Dramatists Guild Fellow. He is also the recipient of the 2013 Jerry Harrington Award, a Fred Ebb Award Finalist and a two time Jonathan Larson Grant finalist. His song Everything I Do, You Do (with co-lyricist Sara Wordsworth) was recorded by Sutton Foster for the charity album Over the Moon: The Broadway Lullaby Project. To see a website made before the advent of smart phones, please visit www.TimothyHuang.net 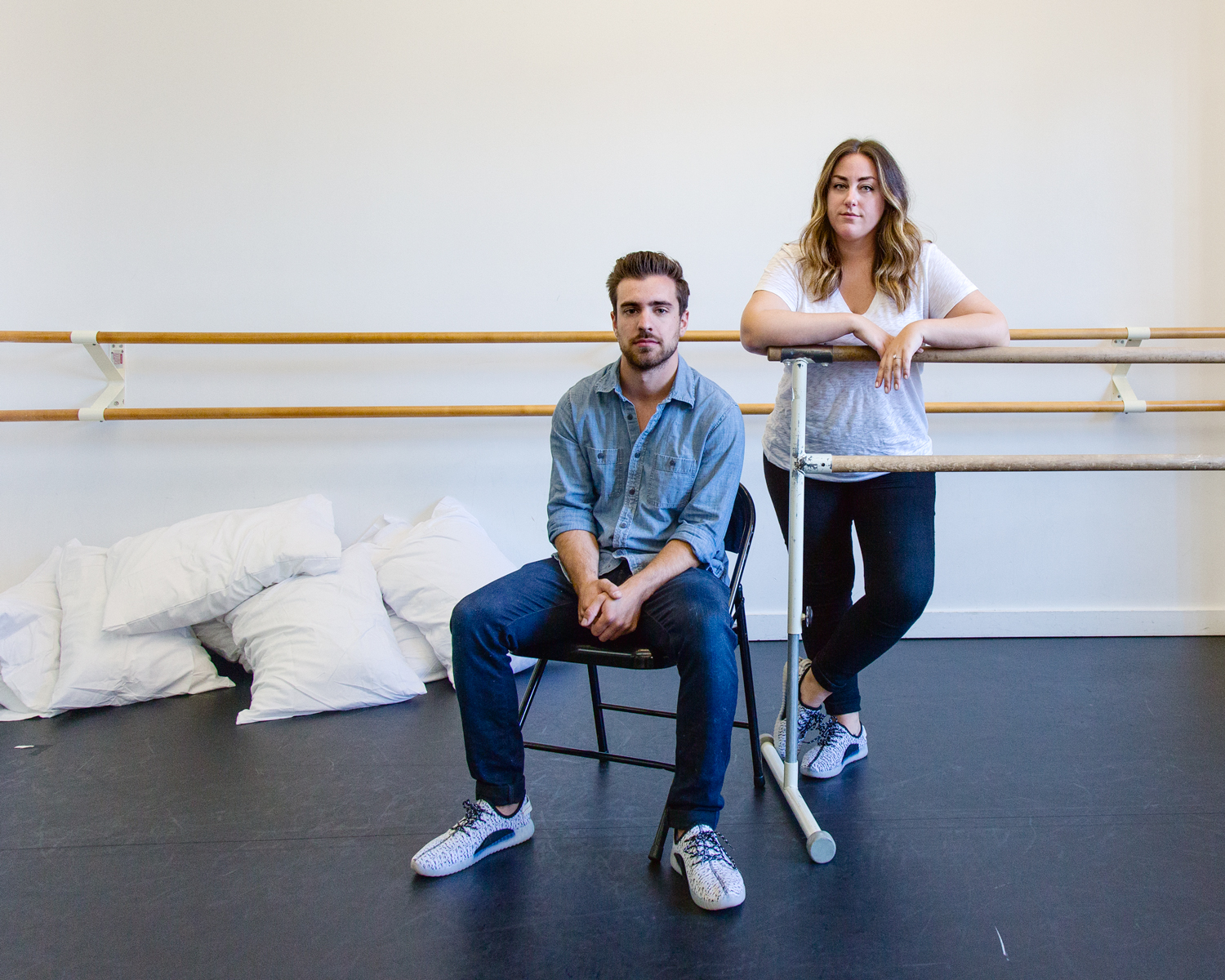 Previous A Conversation with Emily Simoness 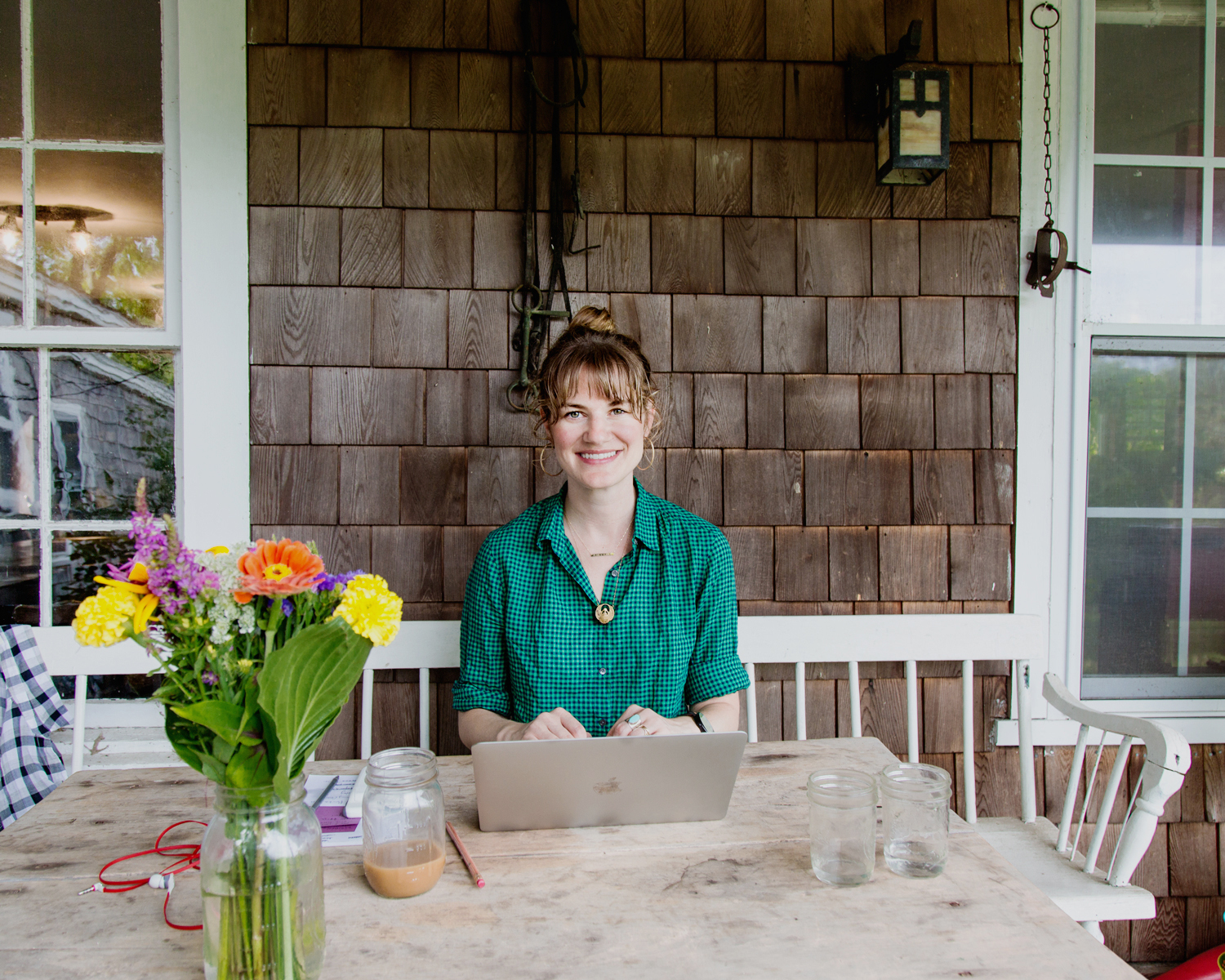