An Essay by Christine Toy Johnson 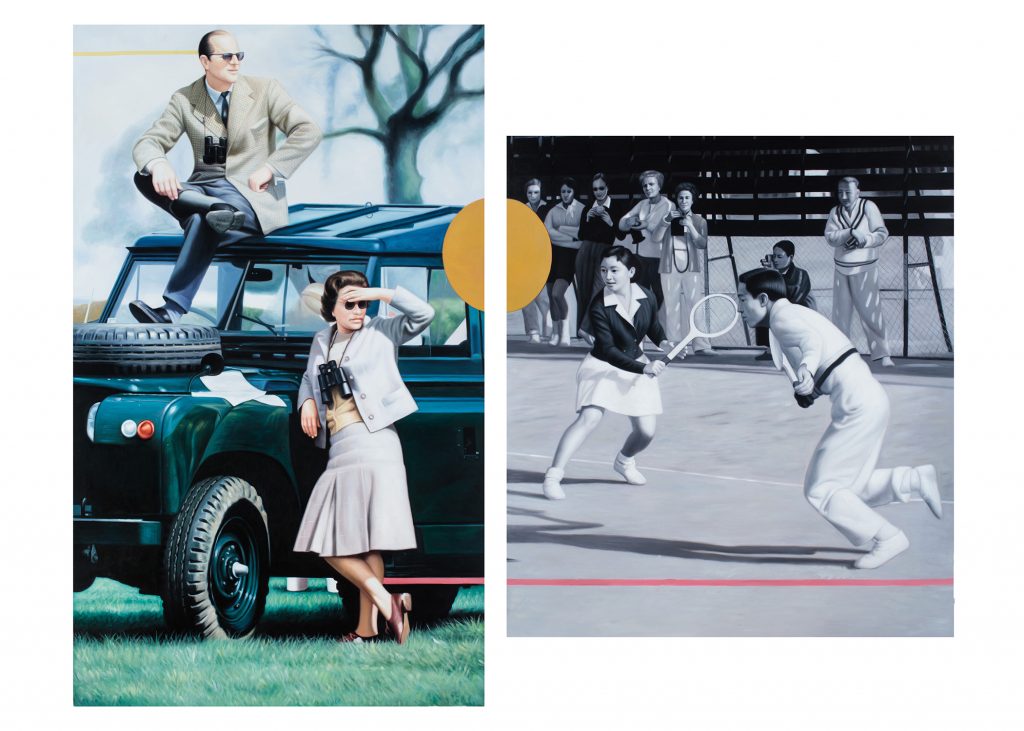 I’ve been thinking a lot about how we are starting to look at the world as “pre 11/9” and “post 11/9.” That’s not a typo, and is in no way meant to disrespect references to the devastating tragedies that happened in America on September 11, 2001. But I do believe that November 9, 2016 is a date on which many Americans – no matter how they voted in the presidential election the day before – saw a seismic shift in the way certain citizens found permission to express themselves. This, in turn, has created a seismic shift in our understanding of the world in which we have always lived, but are perhaps seeing through a pair of newly shattered glasses.

It seems that for some people who have been harboring years, decades, and perhaps generations of hatred and fear towards those who do not look like them or worship like them or speak like them (just to begin), the election has sanctioned expressing their preferred worldview in new and bold ways. Words and actions indicate that some now feel profoundly entitled to demonize (with a certain kind of giddiness) entire populations of other human beings who have been living, working, voting, and paying taxes amongst them. Turning their backs on the principles with which this country was founded, they seem to be intent on rewriting the narrative to say: “Give us your tired, your poor, your huddled masses yearning to breathe free – but not you, you, and certainly not you.”

Can the arts influence a wider worldview? The tip of the iceberg of this debate is reflected in the response to the whole Hamilton/Mike Pence situation (if you were hiding under your covers that weekend, here is a link to the New York Times article about it). The incident spurred comments suggesting (among other things) that the show, which casts our founding fathers with people of color to make a statement on the role immigrants had in the forming of the U.S.A, “erases white culture,” but that’s a whole other discussion.

What I’d like to talk about here might seem like a simplistic assessment of some of the ways I think the arts can influence a worldview that is diverse, equitable, and inclusive. But it seems to me that the spate of hate crimes that have been occurring post 11/9 are as huge a flashing sign as any that we need to do better in how we reflect the world and our individual diversity on our stages and screens, in the media and in popular culture.

Now to be crystal clear: I am not equating in any way, shape or form the arts and media’s portrayal of our gorgeous tapestry to the kind of prejudice we’re seeing across the country right now. And I’m not naïve enough to think that expanding this portrayal could heal the giant schism that is at the heart of our national divide all by itself. But I think it can absolutely play a part. And we need to do better.

When journalist Roland Martin recently interviewed Richard Spencer (president of an “alt-right” organization with the seemingly innocuous name of “The National Policy Institute”) about his view of post 11/9 America, Mr. Spencer claimed supremacy founded on an assertion that Europeans invented everything in civilization (no, really, he said this – watch this lengthy but illuminating interview). This, he believes, is why white people deserve to be compensated with all of the opportunities that America has to offer. When Mr. Martin asked if he had ever heard about the pyramids built by the Egyptians, for example (never mind gunpowder, paper, the compass, and printing – all contributed by the Chinese – and other life altering inventions by other cultures), Mr. Spencer countered that “Egyptians are white.” Now, clearly he needs a history lesson. But it could also be argued that the plethora of media images on stage and screen (see “Aida,” “Cleopatra,” “Exodus,” “The Ten Commandments,” etc.) help to tell him that this is so. In addition, the more we (women, Muslims, Asian Americans, African Americans, LGBTQ Americans, people with disabilities, Latino/a, etc.) are viewed as “other” in the media and not portrayed with authenticity or accuracy or sheer inclusion of our stories, the more people who have this kind of skewed view of the world and/or have no contact with actual living humans who are women, Muslim, Asian American, African American, LGBTQ, Latino/a and/or have a disability etc can choose to believe that these images and portrayals reflect the truth of our American landscape. The more we are seen as “other” in the media and the American theater, the more we are seen as “other” in the theater of American culture.

In June of 2015, I had the privilege of addressing members of FIA (The International Federation of Actors) about the global impact of diversity on our stages. FIA is made up of performers’ trade unions, guilds and professional associations from more than 60 countries around the world – and as national chair of the Equal Employment Opportunity Committee at Actors’ Equity Association, I had been invited to participate in the conference along with other elected leaders of the union and executive staff. What moved me most, without a doubt, was to see the shared passions that we had for making theater, and the ways in which our commonalities were made more textured and beautifully complex by our differences.

When I addressed the delegates, I pointed out that the bridges we were building there and the ways our global perspective had expanded by getting to know each other just over a few short days were prime examples of why inclusion is vital. Without it, you would miss out on a whole lot. I noted how we began introductions to each other by asking what country we were from and whom we represented – but after that, all that mattered was how we connected on a human level: what we cared about, what we were fighting for, and how we were effecting change. And that phenomenon – connecting on a human level once you get a glimpse into someone’s life; someone who might literally live around the world from you, or not even speak the same language as you, or look anything like you — that phenomenon of connecting on a human level is at the heart of how I believe the theater can unite us. It’s a spectacular and singular opportunity. And one that can never be underestimated.

It seems that this is what is at the core of today’s fractured discourse: the unwillingness to connect on a human level, but rather responding to fear and perceived threats to the status quo. The outright dismissal of individualism, the blanket assumptions attached to race, gender, religious beliefs, presence or absence of a disability, sexual preference, gender identity, and so on, and the belief that the mere existence of entire populations of people can only lead to lack – all add up to form a vicious circle of fear and hate, hate and fear.

I acknowledge that this assessment requires me to try to connect on a human level with those who threaten Muslim citizens living in their neighborhoods, those who vandalize synagogues with swastikas, those who beat up LGBTQ Americans for being LGBT or Q, those who tell children they’ll be deported, those who would have me banished from the only country I’ve ever called home, etc. I’m still working on wrapping my head around that one. To follow this line of thinking, I cannot in good faith condemn these people without getting to know them either. But as we disagree, fundamentally, on how to treat one another, I admit that this is a more difficult task than I can currently handle.

Still, I contend that now more than ever, we need to find ways to go further in expanding perceptions of who we are and what we can do. At my core, I’ve always firmly believed that the media and media images can help do this. When we find more substantive ways to stop defining our storytellers only by the color of their skin, their presence of a disability, gender, age, creed, sexual identity, etc. and look more at our individual qualities and skills, perhaps we can help to penetrate the national psyche with our individual and then collective humanity, as expressed through our art. Can this really make a dent in the National Hate? Honestly, I don’t know anymore. But I think we have to try. And try harder.

The gross display of man’s inhumanity to man over the past few weeks has made me go through the seven stages of grief for my advocacy work – yet I have also been buoyed and inspired by the compassion and empathy of artists. We cannot capitulate and make hate the new normal. We cannot. This is not a statement in favor of “political correctness.” This is a statement in favor of civility and kindness, an appeal to uplift our better angels with the help of the images and stories we share in the arts and media.

We must be even louder than those who scream at us to “go back to where we came from.” Because where I really want to go is a place where our open, creative hearts can beat freely and express the many layers of our diverse humanity – with an expectation of celebration, not annihilation. A place where we can help keep the world we want to live in from being bullied to death. I hope we can. 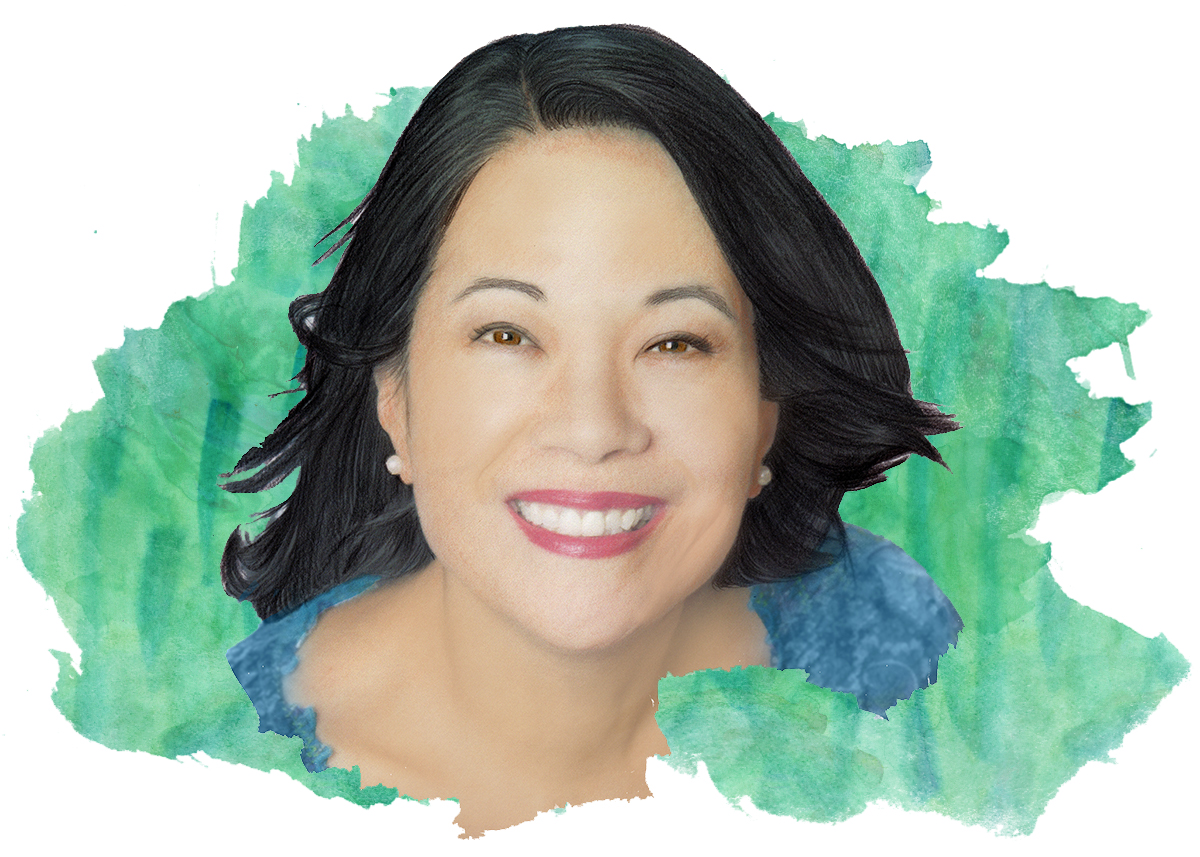 CHRISTINE TOY JOHNSON is an award-winning writer, actor, filmmaker, director and advocate for inclusion. Her plays and musicals have been developed and produced at such places as the Roundabout Theatre Company, The O’Neill Theater Center, The Meryl Streep/IRIS Writers Lab, Crossroads Theatre, The Barrow Group, Prospect Theater Company, CAP21, The Weston Playhouse, Gorilla Rep, Leviathan Lab and Village Theatre. A collection of her written work is included in the Library of Congress Asian Pacific American Performing Arts Collection.
As a performer, she has been breaking the color barrier in non-traditionally cast roles for over 25 years, and has been featured extensively on Broadway, off-Broadway, in regional theatres across the country, in film, television, and concerts worldwide.
Christine is a proud member of the elected leaderships of both the Dramatists Guild (also serving on the Publications Committee) and Actors’ Equity Association (also serving as National chair of the Equal Employment Opportunity Committee and National chair of the Equity News Advisory Committee), an alumna of the BMI Lehman Engel Musical Theatre Writing Workshop, a founding member of AAPAC (Asian American Performers Action Coalition), a board member of Alliance for Inclusion in the Arts and founder of The Asian American Composers & Lyricists Project. She is a graduate of Sarah Lawrence College and the Certificate of Screenwriting Program at NYU.
She was honored by the JACL (the nation’s largest and oldest Asian American civil rights organization) in 2010 for “exemplary leadership and dedication”, the “Wai Look Award for Service in the Arts” from the Asian American Arts Alliance in 2012, and the Rosetta LeNoire Award for “outstanding contributions to the universality of the human spirit” from Actors’ Equity Association, in 2013. For more information, please visit www.christinetoyjohnson.com. Twitter: @CToyJ. 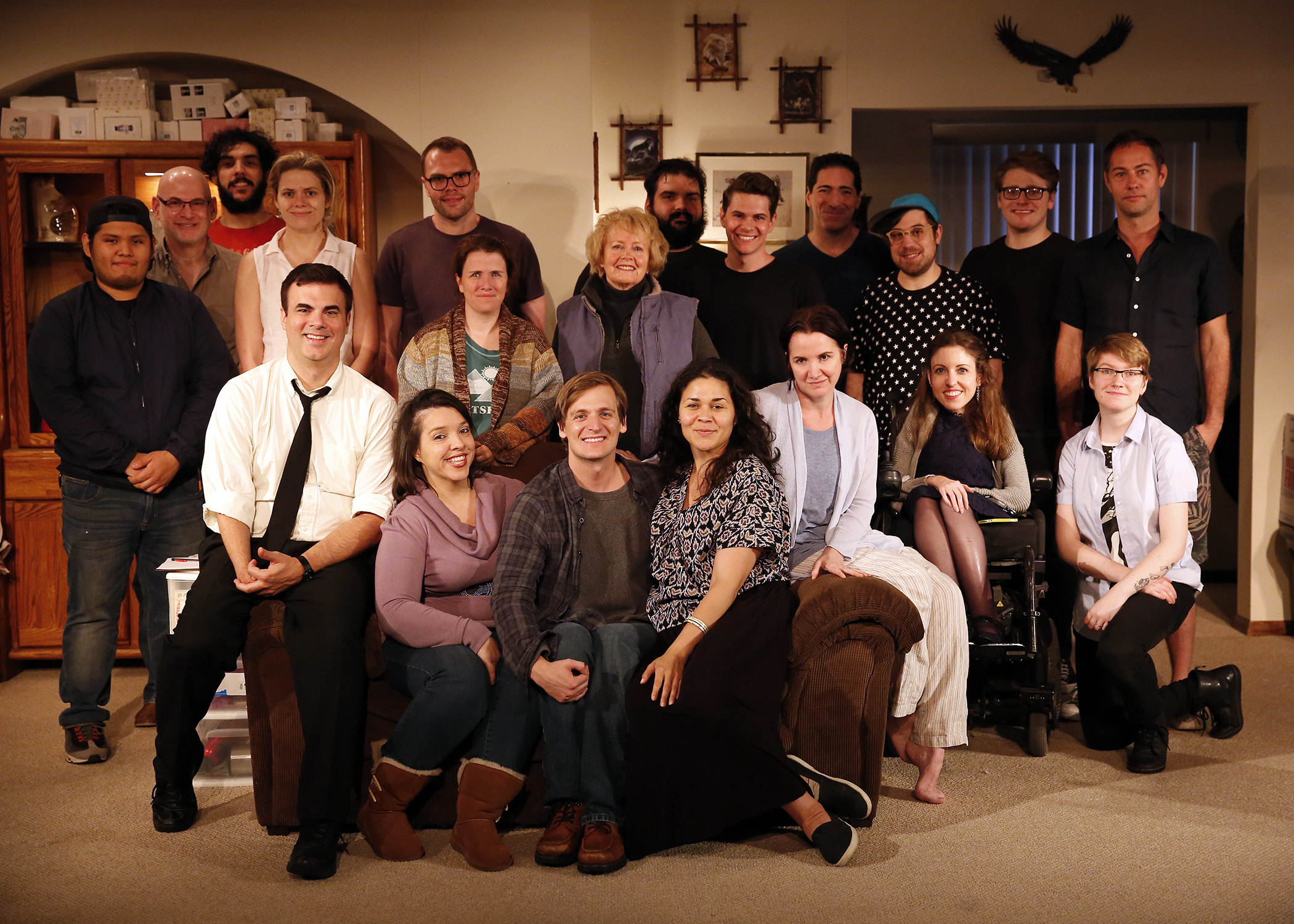 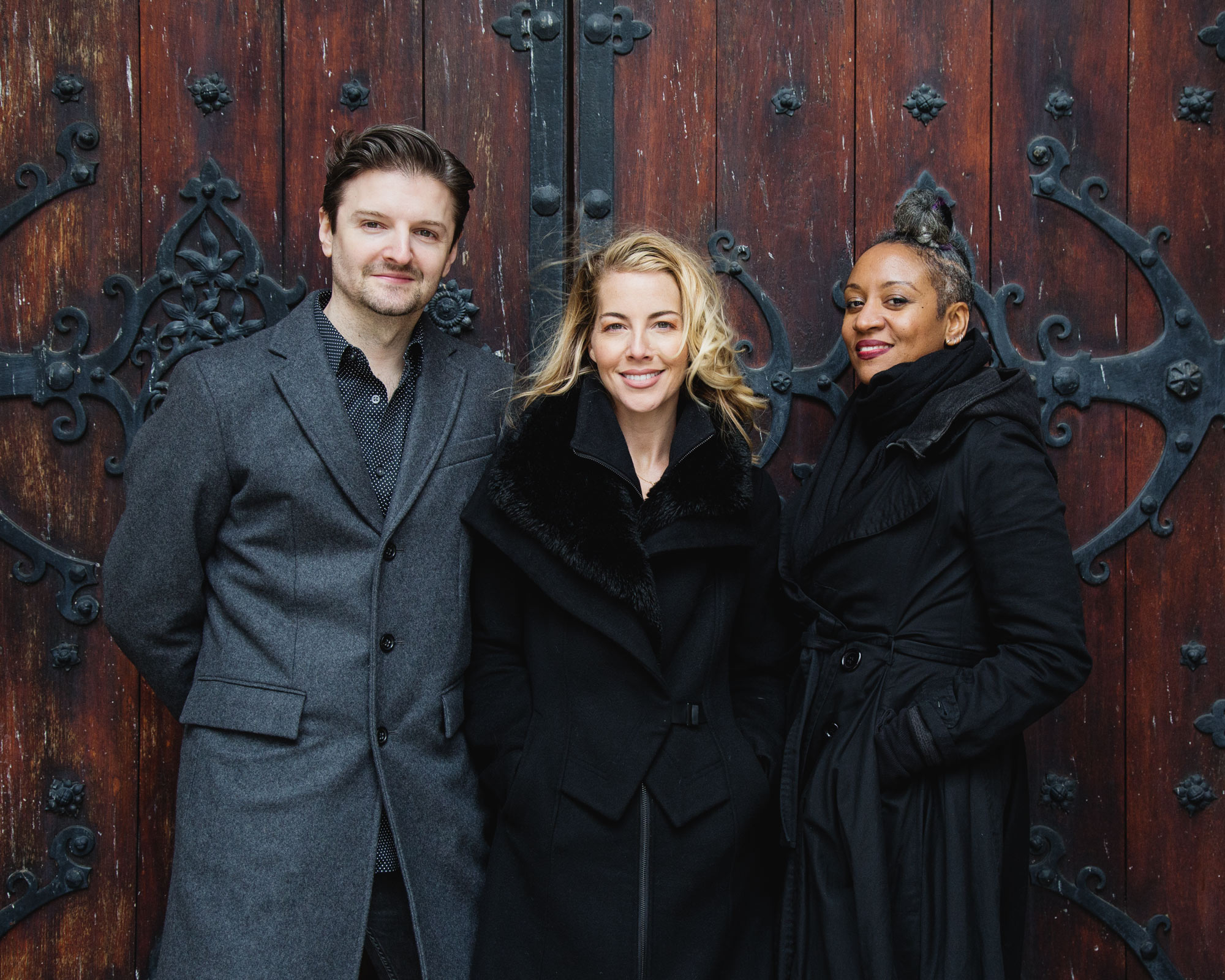