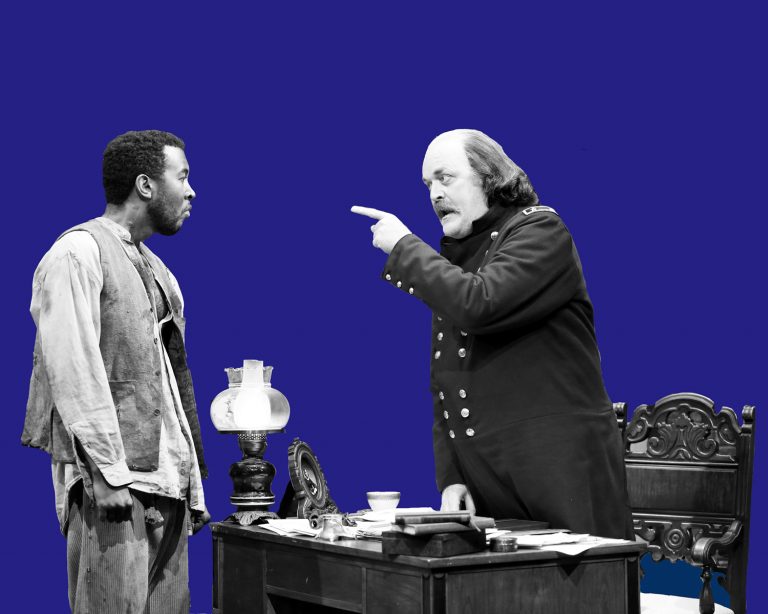 Playwright Richard Strand’s Butler is an outstanding, captivating, important play about race relations – part historical drama and part biography. In wake of the 2016 summer shootings in Louisiana, Minnesota, Dallas, and elsewhere, the issues debated in Butler about Black equality are extremely timely.

A simple act of defiance or a “why not?” decision can be a catalyst for change. For example, on December 1, 1955 in Montgomery, Alabama, African American civil rights activist Rosa Parks challenged a bus driver, refusing to give up her seat to a white man, thereby making a stand against an unjust segregation law. And, on November 9, 1989, a Berlin checkpoint captain, Harald Jäger, decided to open the Berlin Wall gates, effectively ending the Cold War.

In Butler, the play focuses on such a moment in history — another catalyst — a moment that helped enact a sea change for racial equality. On May 23, 1861 at Fort Monroe, Virginia, three courageous fugitive slaves – Shepard Mallory, Frank Baker and James Townsend – and a shrewd politic Major General Benjamin Franklin Butler worked in tandem in unexpected ways to set in motion the Emancipation Proclamation of 1862.

Fort Monroe, Virginia is central in the momentous events, which altered history for people of color – actually two specific histories. Ironically, in August 1619, this exact location was where the first Africans (20 African captives) set foot on the North American continent and where slavery first was established. Almost 250 years later, the Union-held Virginia Fort Monroe was where the three refugee slaves sought sanctuary from the Confederacy. They escaped from the Confederate-held post of Big Bethel, Virginia, eight miles away.

A key event to these Virginia locations being pivotal was the Confederacy Act the day before (May 22, 1861). Virginia seceded from the Union and became essentially a “foreign country.” Laws particular to the United States of America no longer applied to the Confederate States, including The Fugitive Slave Act of 1850. Butler, both a military man and lawyer in civil life, recognized the judicial loophole and took action to establish a way and means by which slaves did not have to be returned to the Confederacy and their “owners,” and, in fact, could become part of the Union army.

Butler is not just a story about one man, but two – Benjamin Butler (Ames Adamson) and Shepard Mallory (John G. Williams). However important the other two slaves who sought asylum were, their contributions are back-story in the play, and the other two slaves are never seen. It is through Butler’s and Mallory’s meetings, conversations and decisions that caused the dominos to fall and change history.

Besides Butler and Mallory, Union Lt. Kelly (Benjamin Sterling) and Confederate Major Cary (David Stiller) are an integral part of the drama. Joseph Discher (Director) has inspired exceptional performances from all four actors, each channeling their characters in distinct ways.

The two main actors, Butler and Mallory, square off against each other in an admirable battle of wits, circling each other with one rhetoric jab after another. Butler has never had a conversation with a black man. Mallory, a learned man, surprises Butler with his eruditeness. Butler becomes more and more intrigued by Mallory’s knowledge of and use of words. Butler is an absorbing boxing match on which historical revisions are not based on rabbit punches, but verbal feints.

Butler, a lawyer and aspiring politician, weighs words more carefully than most military men. The opening scene of the play establishes how words and their importance come into play. Butler demands that words be precise. Astonished is different from being surprised. A request is considered being polite; a demand is not. Butler takes offense at having demands made of him. 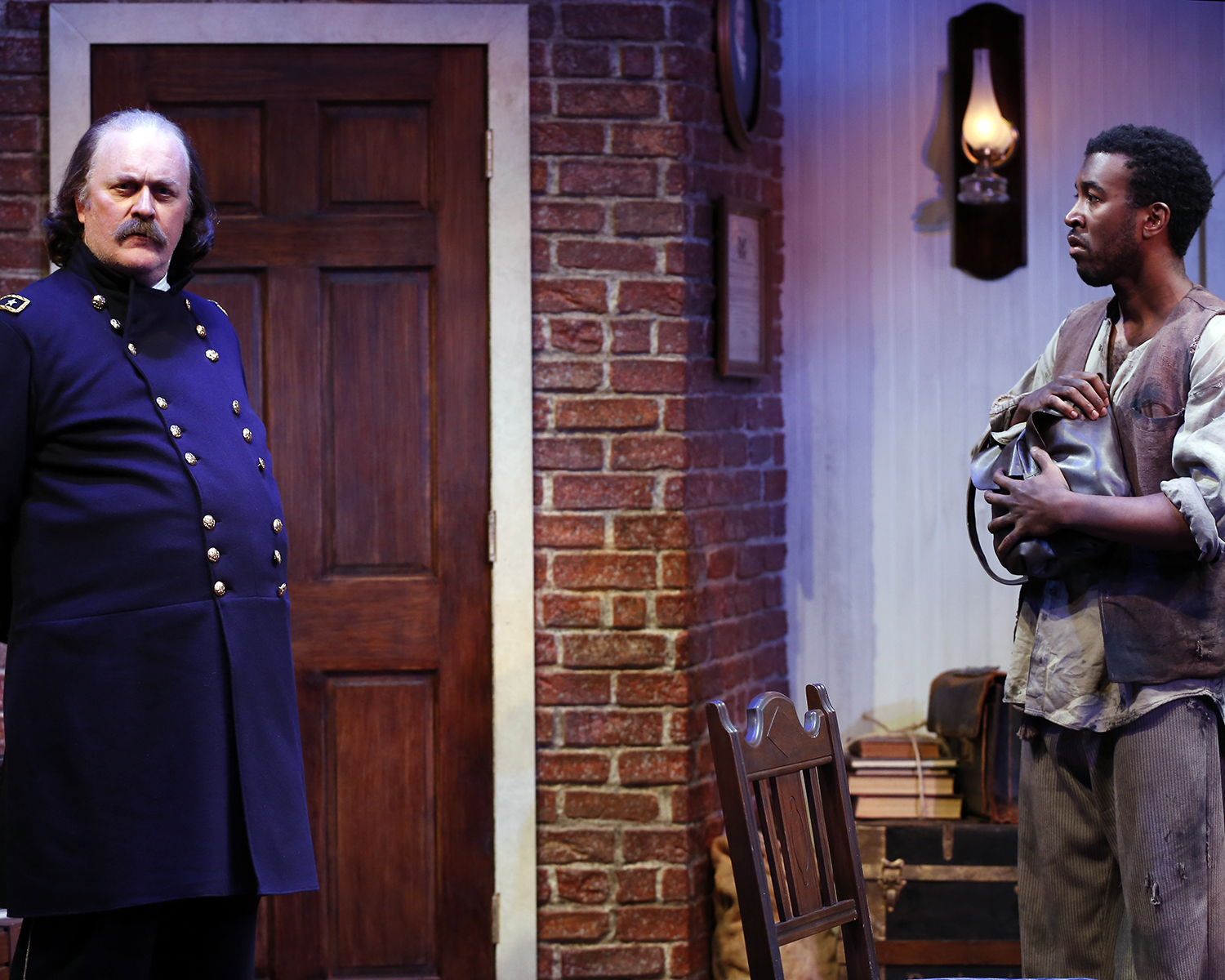 I spoke with Ames Adamson and John G. Williams about the moment in the play that stands out to them the most:

Ames Adamson (Butler): “Mallory’s entrance into Butler’s office and Mallory and Butler regarding each other. Butler has never been confronted by a slave before. I am sure Butler has seen them, but not in such close proximity as a man. And Mallory is standing almost exactly as Butler is standing. And looking Butler straight in the eye. Mallory and Butler regard each other. And I think that’s a very powerful moment. And then Mallory, of course, tells what’s happened to him. But when Mallory shows Butler the scars on his back, Butler sees that this is a “man,” a human who has been tortured. And that sets the dominos falling.”

John Williams (Mallory): “In piggy-backing on what Ames just said, for me, a significant moment for my character [Mallory] in his journey he takes throughout the play is the line, ‘You find me interesting, don’t you?’ The line comes at the same scene that Ames just referred to … I feel that Mallory has been waiting his whole life to give a confession about the person that he is. And, he has found a willing listener. Someone who wants to know him. The way that [Butler] takes that in and says ‘thank you.’ It’s sort of weighted. Nobody has ever found [Mallory] interesting before. He knows that he is interesting but nobody has ever seen it. And Butler sees it. From that point on Mallory feels he can work with [Butler].”

Strand structures their discussions with comedic panache – ping pong exchanges with each trying to one up the other. Discher directs their back and forth debates with fast-paced humor. Discher carefully choreographs their meetings of mind and quick witted conversations so that they escalate into a growing trust of each other and camaraderie.

Adamson portrays Butler as a man not to be toyed – brazen, confident, with a tad of hubris. Adamson highlights Butler’s pride in securing a military general’s commission, but also aptly conveys his assuredness and his abilities as a canny attorney.

Williams’ Mallory counters Butler effectively, depicting Mallory as a complex, quick-change artist, who can easily swing between being impertinent, cocksure, guarded, hotheaded, and clever – at a moment’s notice. Mallory gets away (except in one instance) with slyly making sport of Butler, without crossing the line.

As their guarded relationship grows into mutual respect, Butler comments: “You are a collection of contradictions. You’re brash but wary. I don’t even know how it’s possible to be both of those things at once. You seem, I don’t know, scared and overly confident at the same time. You’re humble and arrogant at once. It’s quite remarkable.”

Mallory recognizes first how ”not unlike” they are, when he proclaims: “It’s because I remind you of you. It’s because I’m just like you.”

And, it is Mallory who maintains, and even plants a seed with Butler: “I heard a good lawyer can always use convoluted reasoning to find a loophole.” 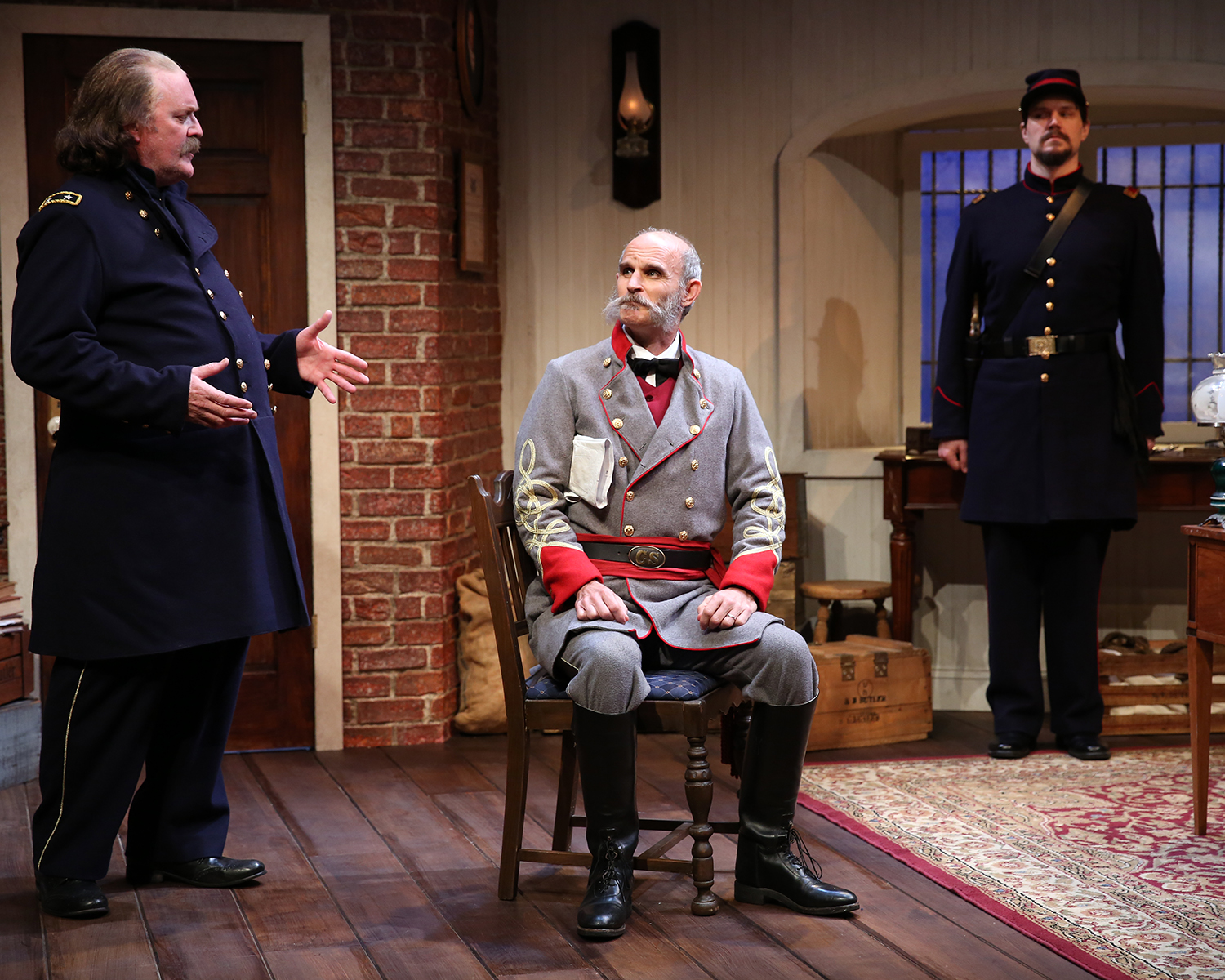 Butler’s right-hand is Lt. Kelly, who shifts from being on the fence as to what to do about Mallory to taking Mallory’s side. Benjamin Sterling subtly captures Lt. Kelly’s belief shift in whether or not to like this Black man, to changing his opinion and to trying to champion him. Sterling maintains the air of puzzled complaisance as his change towards Mallory evolves.

David Stiller takes on the difficult role of the Confederate Major Cary – conveying both superciliousness and ignorance.

As Butler comes to like Mallory, Butler grudgingly begins to agree there may be ways to bend the law in Mallory’s favor, and Butler devises a way to shrewdly use language in the service of justice.

“You have, in your possession, property belonging to Colonel Charles Mallory of the Sovereign State of Virginia. Specifically, you are sheltering three runaway slaves: Shepard Mallory, Frank Baker and James Townsend. We ‘demand’ that you release those slaves to the custody of Major John B. Cary, also of of the Sovereign State of Virginia, as is appropriate under the Constitution of the United States, and the universal Articles of War. If you refuse our ‘demand,’ we will have no choice but to consider you no more than a common thief and we will take appropriate measures in response.”

When Cary reads the document, his usage of the word, “demand,” triggers an aha moment for Butler. He sees a way out for Mallory and the other slaves, where Butler is not obligated to return them to the Confederacy. Butler realizes the slaves are ‘contraband.’

Butler (addressing Cary) in the play: “Nothing in either document (the Constitution and The Fugitive Slave Act) requires me to return a runaway slave to a foreign country. Yesterday, I’d have been obliged to return these three men to the state of Virginia. But since yesterday Virginia has claimed to be no longer a part of the United States …. The three slaves you speak of – the property you allude to – they were being used by you to build fortifications. They are, therefore, contraband …. which I can impound according to the Articles of War.”

The playwright, Richard Strand, gives the words “demand” and “contraband” weight – shifting the balance for Butler to be able to help Mallory.

Strand researched the Civil War extensively and stated that he came to know about Butler and his relationship to the fugitive slaves by way of reading a biography about Abraham Lincoln. However, Strand discovered Mallory and the other slaves’ contributions to history as but a footnote in the Lincoln biography he read. Strand felt impassioned to render Mallory’s and Butler’s story; their relationship deserved much more consideration.

Strand was unable to find out much about what became of Mallory or the others after 1861. But, Butler lived on to become both famous, as well as notorious. Among Butler’s accomplishments was his appointment of the first woman to a political office in his home state of Massachusetts— Clara Barton, the pioneering nurse who founded the American Red Cross.

However, according to Ames Adamson’s research, Butler was not highly regarded in New Orleans, when the city was under his command in 1862. Butler made hard choices to save New Orleans from the yellow fever epidemic. He was hated for his strict quarantines and his serve measures for garbage disposal, and became known as the “Beast of New Orleans.” Butler’s unpopularity reached such heights that he was ridiculed in the most outrageous way — his image was stamped into the bottom of chamber pots (which can still be procured on eBay today).

Terry Gilliam too has immortalized Benjamin Franklin Butler in his opening title sequence of the British TV series, Monty Python’s Flying Circus. After Gilliam announces: “Now for something completely different,” Butler’s photo pops up over the TV series title, whereby a large foot stomps on him. Butler’s feats of accomplishment in public policy are legendary today despite his notoriety.

Kudos to Richard Strand, the actors and production designers in portraying an historic event that might have been left obscured. Butler is Strand’s tribute to the two catalysts that largely caused the Emancipation Proclamation of 1862 to be enacted — Shepard Mallory’s act of defiance and Benjamin Franklin Butler’s “why not?” decision. 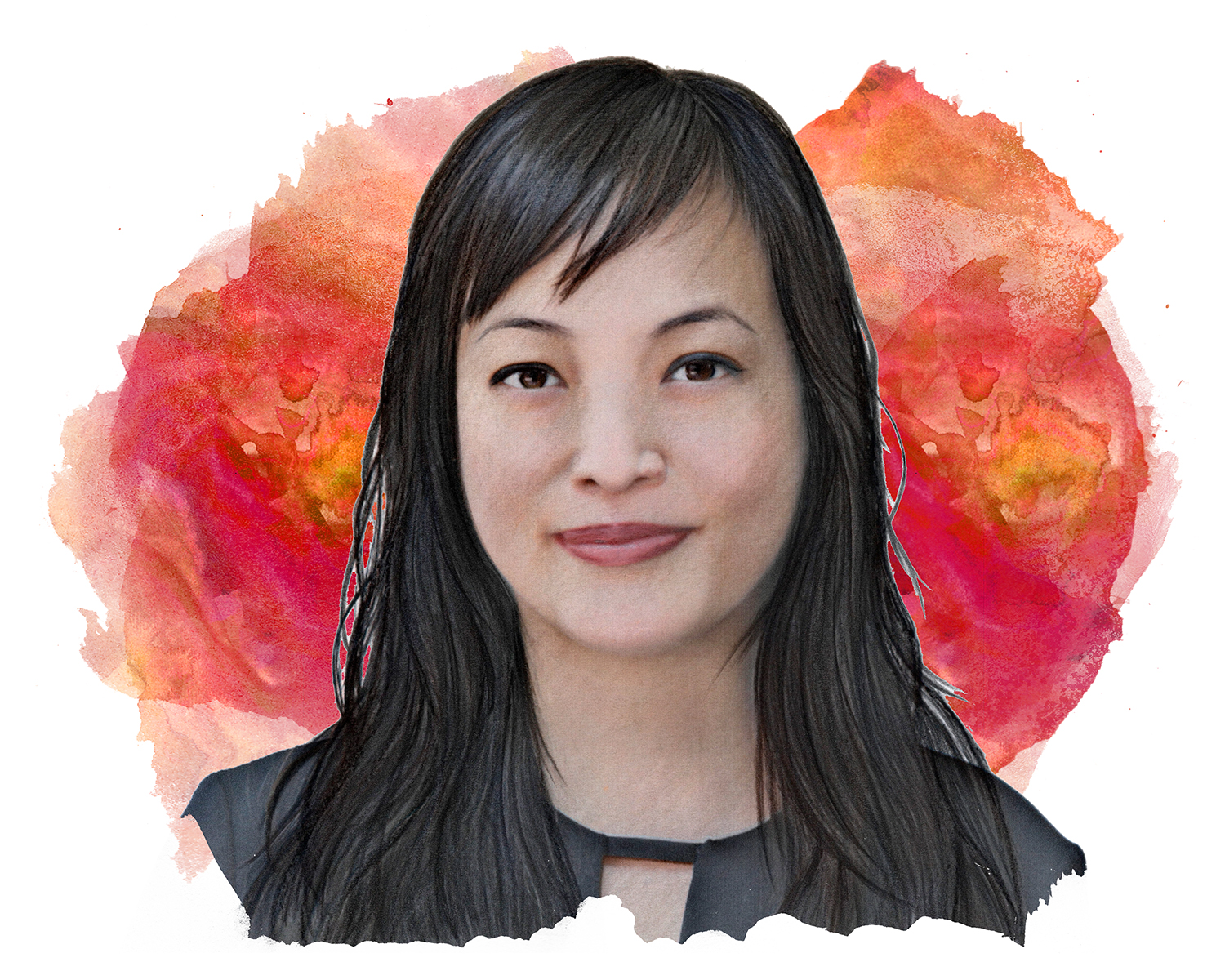 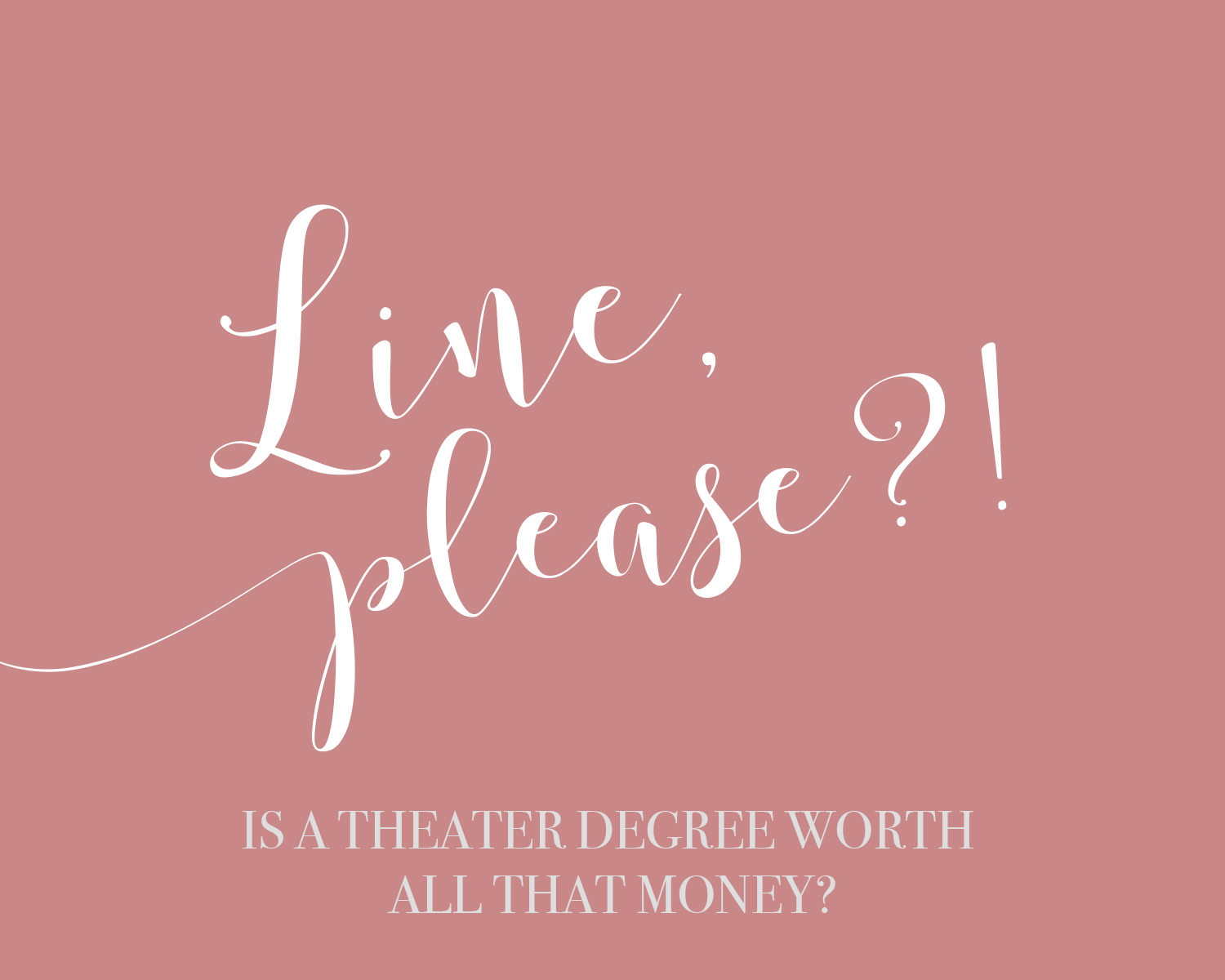